Poker is an excellent game for players of all levels of experience. However, if you’re new to the game, it can be easy to feel overwhelmed by all the jargon and terminology.

When venturing into the world of online poker, it is vital to be aware of the various poker terminology used. This will not only allow you to understand what is happening in the game but also give you a better chance at winning. Here are some key terms that every online poker player should know.

In this blog post, we’ll review some of the most common poker terminology you need to know to join in on the fun and hit the felt with confidence.

What is online poker?

Poker is one of the most popular card games in the world, and it can be played both online and offline. While the game’s basic rules are the same, there are some critical differences between online and land-based poker games.

Flop: The flop refers to the first three community cards that are dealt face up in the middle of the table. All players can use these cards, combined with their hole cards, to make their best possible five-card hand.

Turn: The turn is the fourth community card dealt after the flop. Once again, all players can use this card to make their best possible hand.

River: The river is the fifth and final community card. At this point, all players should have seven cards to work with (two hole cards and five community cards). The best five-card hand wins the pot.

Pot Limit: Pot limit is a format of poker in which players can bet any amount up to the size of the pot. For example, if there is $40 in the pot and Player A bets $10, Player B can raise by $30 since that would bring the total pot size up to $80.

No Limit: No limit is a format of poker in which there is no upper limit on how much players can bet on any given street. If there is $100 in the pot and Player A bets $50, Player B could theoretically go all-in and risk their entire stack. Of course, they would only do this if they felt they had a strong enough hand to win.

Preflop: Preflop refers to the betting round that takes place before any community cards are dealt. In most cases, the player to the left of the big blind will start things off by either calling or raising.

Action: This is a term used to refer to taking a turn during the game. When it’s your action, it’s your turn to make a move.

All-in: This term is used when players bet all their chips on a single hand.

Bad beat: A bad beat is when you lose a hand in which you were favored to win. For example, if you have a flush and your opponent has a full house, you would say you suffered a bad beat.

Bankroll: Your bankroll is the amount of money you have set aside expressly for playing poker.

Big blind: The big blind is the larger of the two blinds in a poker game. The small blind is half the size of the big blind.

Bluff: A bluff is when you bet or raise, even though you don’t have a good hand, hoping that your opponents will fold so that you can take the pot.

Button: The button is a marker that indicates who the dealer is for that particular hand. The position of the button rotates clockwise after every hand.

Buy-in is the minimum amount of money required to join a particular game or tournament.

Calling station: A calling station is a type of player who calls a lot but doesn’t tend to raise or fold much.

Ante: Each player must put a small amount of money into the pot before a hand is dealt.

Blinds: Similar to an ante, blinds are forced bets that the two players must make to the left of the dealers before any cards are dealt. The smaller blind is usually half the size of the big blind.

Button: A marker that indicates which player is currently in the dealer position. The player with the button is last to act on all betting rounds except for preflop.

Check: To pass on betting when it’s your turn. Checking is only an option if no one has bet yet on that particular round.

Fold: To surrender your hand and stop playing for that round. Folding means you give up any chance of winning that pot.

Call: To match the bet made by another player. Calling is only an option if someone has already bet on that round.

Raise: To increase the bet made by another player. When you raise, all other players still in hand must either call or raise themselves if they want to stay in for that round.

These are just a few of the basic poker terms that you need to know in order to start playing online. Of course, there is much more to learn as you continue to play, but, for now, armed with this basic knowledge, you should be able to sit down and enjoy a game without feeling too lost.

Poker terminology can seem daunting at first, but it really isn’t all that complicated once you get used to it. By familiarizing yourself with some of the key terms used in online poker games, you’ll understand what’s going on and even give yourself a better chance at coming out on top. So, don’t be afraid to dive into an online game – just be sure to brush up on your poker lingo first! 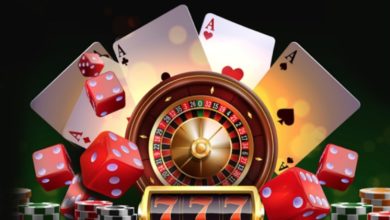 Speed Baccarat, is a type of wagering that is quick and completions the eyes as fast as could be expected.